Benefits of Switching to PHP 7 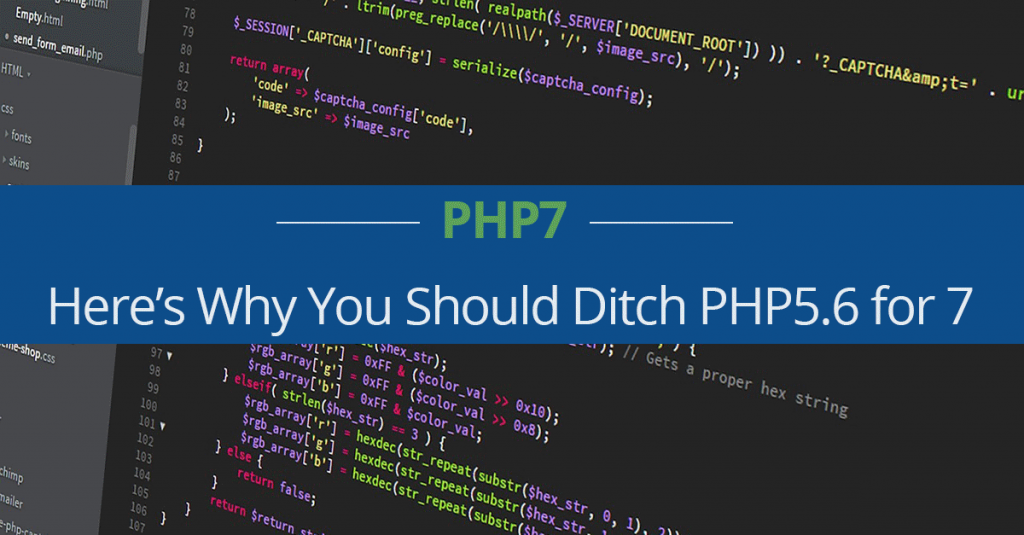 The loading time of your website is important. Maybe more important than you realize. Every fraction of a second counts when it comes to the likelihood of visitors sticking around or losing patience (and trust) in your site and moving on. And that’s one of the biggest reasons to consider upgrading to PHP7 – An increase in pure script-reading speed (up to 2x as fast as 5.6) that can boost performance of dynamic sites using CMS platforms like WordPress.
And it’s not just your visitors that you need to impress with loading times. It’s also search engines like Google. Google knows people don’t and won’t sit, even for minutes or seconds, waiting for a site to load. It’s not a good user experience for them. So in turn, if they see a site is slow to load, then it’s probably not going to have much chance at all of ranking well in the search results.

WHY DOES A FASTER PHP LANGUAGE MEAN FASTER-LOADING SITES?
PHP is a scripting language that many CMS platforms are based on. And all PHP code is processed server-side. When a visitor does something on the site, it sends a request to the server, where the applicable script is sent to an interpreter – again, on the server.
The script is processed and in the end, the result/action displays in the browser.
Normally, the end result is an HTML web page being displayed, but it could also be other types of files. Maybe a PDF or images are displayed.
Either way, it’s the PHP and the server doing the work, not the browser. Think of your TV. It’s just displaying the program you’re watching. The TV didn’t create the show or even broadcast it… it simply displays the end result.

OVERALL PERFORMANCE BOOST
While the speed is most certainly welcomed with open arms, PHP7 brings more than just speed. Its overall performance boost lets developers really tweak PHP at its core. Substantial changes to the core fundamentals of PHP, some completely revamped from the ground up, make it much easier to optimize. The way compiled bytecode is executed, the lexer and the parser are just a few of the things that have changed.
The amount of memory it uses has also been drastically reduced.
Zend tested several CMS platforms and other frameworks to see how they perform with PHP7 compared to PHP5.6. The result? Every CMS and platform tested seen certain, clear benefits:

WILL PHP7 BE COMPATIBLE?
PHP7 will be compatible with most applications that ran on previous versions of PHP. PHP6 never was seen through to the end to be completely developed. So PHP7 is, essentially, the next version in line after PHP5.
Apps or extensions that aren’t still actively being developed may have problems, but it’s not the norm. For example, if you’re using MySQL’s old extension to access databases, you should change to PHP Data Objects or MySQLi.

CONCLUSION
As with any software, server, etc… it’s always recommended to use the latest versions and stay up to date. Especially with the ever-increasing threats to security. So we recommend using PHP7 whenever possible.
Just make sure that your apps, plugins, themes and anything else you’re running is compatible before upgrading or choosing to use it. When making any changes, it’s always a good idea to test on a staging site first.

Have you made the switch to PHP7? If so, let everyone know what impact it’s had on your site, if any below