In numbers: the awesome power of social media for business 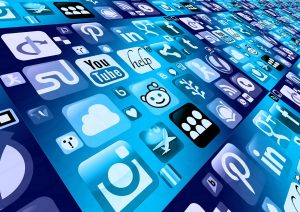 Today, we’ll take a look at some recent stats that really drive home the awesome power of social media for business. After all, who doesn’t love a spot of number crunching to brighten their week?

Over half the world is online

Yep, as of January 2018, there were over 4 billion Internet users around the globe — that’s a whopping 53% of the world’s total population. Many of them are on Facebook; the world’s second most visited website after Google.

Lesson: put your business on Facebook! Simples. After all, it has more than 60 million pages, so shouldn’t at least one of them belong to your business?

Customers want to see you on social media

It might sometimes feel like you’re posting in a vacuum and you should just ‘do a Wetherspoons’ and quit social media. But don’t! We’ve got lots of numbers that demonstrate just how much your customers care that you’re making the effort on social media:

Lesson: Don’t give up on social media! Your customers want to see you there. Instead, focus on interacting with them as much as you can.

Social media for business = money in the bank

You can get more than just a warm glow from your social media efforts. It can reward you with cold hard cash too – even if you don’t spend any. 39% of marketers said they saw a medium return on investment from organic (i.e. unpaid) social media posts. That’s actually slightly higher than the 36% who said the same thing about their paid social media ads.

But … it can be tricky

While the latest facts and figures prove that social media is still a major opportunity for businesses to make an impact, there are huge challenges to overcome too. Facebook’s decline in organic reach is particularly hard on small businesses that don’t have brand recognition and/or big advertising budgets to fall back on.

I know who I am. I am not perfect. I’m not the most beautiful woman in the world. But I’m one of them.